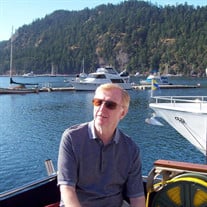 William Francis “Bill” Drake Jr, passed Tuesday, November 24, 2020 in Columbus, Ohio at age 86 following a short illness. Bill was born on July 20, 1934 in Columbus, Ohio to William F. Drake MD and Sarah Ruth (Gallin) Drake. He attended University of Notre Dame then returned home to The Ohio State University where he received a Bachelor’s Degree in Civil Engineering. Bill married the love of his life, Noreen, on August 6, 1959 at Our Lady of Peace Church in a grand occasion and remained by her side for 61 years. They continued to reside in Columbus where they raised their four children. Bill was a prolific builder of homes, apartments, and commercial properties over a professional career that spanned 46 years. He was a long time member of the National Association of Home Builders and the Building Industry Association (BIA) of Central Ohio for more than thirty years, serving as both Association Vice President and member of the Board of Directors of BIA. One of Bill’s proudest achievements was the publication in 2005 of his book entitled “Little Phil: The Story of General Philip Henry Sheridan.” The book was the result of a lifelong interest in General Sheridan, inspired by the family's relationship with his second cousin Nellie Sheridan Wilson. During the writing of his book he met Ken Burns who was at the time writing his documentary on the Civil War and shared family photos of Phil Sheridan, for which he was credited in the documentary. Bill is best known for his incredible intellect, sharp sense of humor, and his deeply honest character. He was an avid reader of history, golfer, pool shark, a wizard with crossword puzzles, gourmet cook, and blessed with a deep ability to recall facts and figures. He could tackle and master any subject he set his mind to even after retiring, becoming an author and realizing a lifelong dream of learning to fly. Bill was preceded in death by his father, William F Drake Sr MD and mother Sarah Ruth Gallin Drake; his brothers and sisters Mary Ellen Wilson, G.Thomas Drake MD, Nancy Tehan, Marguerite Kelly; father-in-law Pasquale DeSantis, mother-in-law Vienna Fracasso DeSantis sister-in-law Paulina Girves (Ted), and brother-in-law Pasquale DeSantis Jr. He is survived by his wife Noreen, their four children, Megan Drake Adkins (Steve), Marla Knight (Charles), William Drake III (Elizabeth), and David Drake (Janet), his four grandchildren, Colin, Anna (Joey), Josephine, and Francis, sisters-in-law Ann Drake and Patti DeSantis, brother-in-law Nick DeSantis (Michelle), many nieces, nephews and cousins. A small private funeral service will be held by the immediate family. A memorial service will be held next year for his extended family and friends to celebrate his life. In Bill’s memory, the family invites donations to Our Lady of Peace Church, 20 E. Dominion Blvd, Columbus Ohio 43214 or at https://olp-parish.org/give. RUTHERFORD-CORBIN FUNERAL HOME in charge of arrangements.

The family of William Francis "Bill" Drake Jr created this Life Tributes page to make it easy to share your memories.

Send flowers to the Drake family.