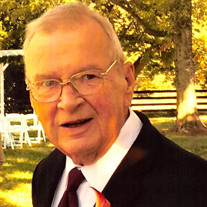 Thomas Joseph Russell, 78, of Worthington, died Wednesday, September 23, 2020 at Riverside Methodist Hospital. He was preceded in death by his parents, Joseph and Marjorie Russell. Thomas is survived by his devoted wife of 53 years, Shirley Anne, sons, Robert (Darlene) Lisska, Bradley (Marcia) Lisska, daughters, Susan (Greg) Hackenbracht and Anne Marie (Henry) Wehrum. He leaves behind 12 grandchildren, Robert, Brian, Jason, Kyle, Katie, Chad, Thomas, Brent, Tyler, Christopher, Eric and Angela, and 3 great-grandchildren, Maci, Blake and John. Thomas (Tom) was the oldest of eight siblings and is survived by Joseph, Carol, Paula, Christina, Stephen, Daniel and Tamara. He also had numerous nieces and nephews. And, he was a friend to all. He was a veteran of the US Air Force and a member of the Knights of Columbus. He was a long-time parishioner of St. Michael Catholic Church, where he sang in the choir and was a founding member of the church festival, which he truly loved. He enjoyed spending time with his family, watching Buckeye football, having conversations on the front porch, and vacationing at Ocean Isle Beach, NC. Tom was extremely knowledgeable on a wide variety of subjects, and he was a voracious reader. When he was younger, Tom read the entire Encyclopedia Britannica. He was a master storyteller. He worked in the residential and commercial construction industries for many years, and he was an expert in these fields. His home workshop was exceedingly well-equipped, and the envy of many. It was often said, “Papaw can fix anything,” or “Call Papaw…he’ll know what to do.” Tom will always be remembered for his love of God, his family and country. And, he spent his life serving all three. Papaw…The Man. The Myth. The Legend. Calling hours to be held Sunday, September 27 from 2-5pm. Rutherford Funeral Home, Worthington. Mass of Christian Burial Monday, September 28 at 10am. St. Michael Catholic Church, Worthington. In lieu of flowers, contributions may be made, in his honor, to St. Jude’s Hospital or The American Red Cross.

Thomas Joseph Russell, 78, of Worthington, died Wednesday, September 23, 2020 at Riverside Methodist Hospital. He was preceded in death by his parents, Joseph and Marjorie Russell. Thomas is survived by his devoted wife of 53 years, Shirley... View Obituary & Service Information

The family of Thomas J. Russell created this Life Tributes page to make it easy to share your memories.

Send flowers to the Russell family.