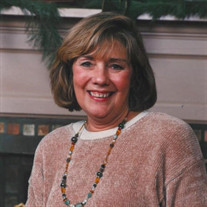 Susan Jane (Asman) Easton passed away peacefully at home on January 10, 2022, in Worthington, Ohio. Susan was born to William and Martha (Southard) Asman in Marysville, Ohio on February 6, 1937. The third of six children, she was married in 1957 to Larry Easton and had four children: daughters Carol Easton (Bert Luedemann), Cathi (Dan) Hawkins, Cristi (Tony) Cubito, and son Douglas Easton. Susan is predeceased by husband Larry and daughter Cristi. She is survived by three children and siblings Mary Ann (Fernando) Garcia and Bill (Linda) Asman. She is predeceased by her sisters Barbara (Art) Brandt, Sally (Rusty) Swanson, and Nancy (Tom) Asman-Prudell. Susan has five grandchildren Susan Cooper, Andrew (Caitlin) Hawkins, Eric, Rachel, and Ellen Hawkins. She has two great granddaughters Mackenzie and Emilia Hawkins. Susan had an outgoing and vivacious personality. She was a cheerleader at Marysville High School and named the 1957 Makio queen while attending OSU. She had lifelong friends from high school and played bridge with the same women for many years. Susan was a Buckeye football FANatic. Susan was a stay-at-home mom until starting work as a switch board operator in 1969. In 1974 she began her career as a real estate agent and worked in that profession until retirement. Susan was a kind and caring daughter, sister, aunt, wife, mother, and friend. She leaves behind a large extended family who will greatly miss her wonderful sense of humor and optimistic outlook on life. Visitation is planned for Saturday, January 22, 2022 1-3 with a service starting at 3 at RUTHERFORD-CORBIN FUNERAL HOME, 515 High St., Worthington, OH 43085. In lieu of flowers donations in Susan’s name may be sent to Willow Brook Christian Home, 55 Lazelle Road, Columbus, OH 43235. Condolences may be made to the family at www.rutherfordfuneralhome.com

Susan Jane (Asman) Easton passed away peacefully at home on January 10, 2022, in Worthington, Ohio. Susan was born to William and Martha (Southard) Asman in Marysville, Ohio on February 6, 1937. The third of six children, she was married in... View Obituary & Service Information

The family of Susan J Easton created this Life Tributes page to make it easy to share your memories.

Send flowers to the Easton family.