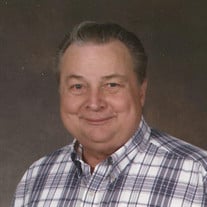 Stanley Patrick Bednarczyk, Jr. passed away at his home on December 15, 2021. He was born in Carbondale, PA, on August 15, 1947, to Stanley P. Bednarczyk, Sr. and Irene (Bambera) Bednarczyk. He was a graduate of Hackensack High School in Hackensack, New Jersey. He is preceded in death by his parents and his brother, Patrick D. Bednarczyk, of Staunton, VA He is survived by his lovely wife, Ann (Lakey) Bednarczyk, to whom he was entirely devoted for 52 beautiful years of marriage; sister-in-law Christine Little of Northumberland, England; brother-in-law David Lakey and his wife, Sheila; of Durham, England; and sister-in-law Mary Bednarczyk of Staunton, VA. Also treasuring his memory are his children, Stanley A. Bednarczyk of Columbus and Carolyn A. (Dominic) Dinovo of Gahanna, OH; grandchildren Adam and Natalie Dinovo, many extended family members, and friends too numerous to count. A proud veteran, Stan served his country in the United States Army from 1966-1970, with most of that time stationed in Germany. Stan lived a faith in God that had a home deep in his heart and was the source of his quiet strength. He was a member of Our Lady of Peace Catholic Church, Clintonville, and was especially dedicated to the parish’s Saint Vincent DePaul Society. Stan had an infectious sense of humor that could leave one laughing long after leaving his company. An avid reader, he took in information and could recall it later to the point of endearing annoyance. He never met a crossword he could not conquer and there never seemed to be anything he did not know something about. Armed with faith, sharp intelligence, a tireless work ethic, and the support of his wife, Stan turned a personal hobby into a successful business and enjoyed every day of his life’s work, the success of which was grounded in treating others with fairness and honesty. Intensely proud of his Polish heritage, Stan’s interest in and respect for his family’s history led him to spend many hours doing genealogical research. In addition to cherishing every day with his wife, Stan enjoyed the simple things this life has to give time with his son with whom he shared many of the same interests, nature-watching with his granddaughter, talking football with his grandson – all often done while enjoying a good glass of wine. He was content with little but gave so much. The Funeral Mass for Stanley will be celebrated on Tuesday December 21st at 10 AM at Our Lady of Peace Catholic Church 20 East Dominion Blvd, Columbus, OH 43214, interment to follow at Resurrection Cemetery Lewis Center, Ohio. A visitation will take place on Monday December 20th from 4 PM to 7 PM at the Rutherford Corbin Funeral Home 515 High Street Worthington, Ohio 43085. Memorial contributions can be made to Our Lady of Peace Catholic Church. Please visit www.rutherfordfuneralhomes.com to offer your condolences.

Stanley Patrick Bednarczyk, Jr. passed away at his home on December 15, 2021. He was born in Carbondale, PA, on August 15, 1947, to Stanley P. Bednarczyk, Sr. and Irene (Bambera) Bednarczyk. He was a graduate of Hackensack High School in Hackensack,... View Obituary & Service Information

The family of Stanley Patrick Bednarczyk Jr created this Life Tributes page to make it easy to share your memories.

Stanley Patrick Bednarczyk, Jr. passed away at his home on December...

Send flowers to the Bednarczyk family.