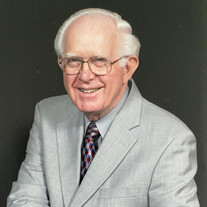 Robert N. (Bob) Pierce, Sr. ,92, of Delaware, Ohio, formerly of Charleston, West Virginia, passed away peacefully on October 4, 2020 in Delaware, Ohio, with several family members at his bedside. His wife of 68 years, Georgianna (Jo) Pierce preceded him in death in May 2019. Bob is survived by his son, Robert Neal Pierce, Jr. (Charlotte), and daughters Ella (Mark) Gardner and Theresa (Don) Lemley, as well as nine grandchildren, and ten great grandchildren and a joyfully expected eleventh great grandchild. Bob was born in Charleston, West Virginia to Horace A. and Lillie V. Pierce. He graduated from high school in late 1944 and enlisted in the Coast Guard, serving in enlisted status through the remainder of World War II until 1946 when he entered the Coast Guard Academy, where he graduated with an engineering degree in 1951. He served on active duty in the Atlantic throughout the Korean conflict and joined the Coast Guard Reserve in 1954. He remained in the active and inactive reserve until his retirement with a rank of commander. In the early 1970’s he was the Commanding Officer of the joint Navy and Coast Guard Reserve unit in Columbus, Ohio. Bob began his civilian career in 1954, as an engineer for Ohio Fuel Gas Company in Columbus where he worked for nearly 20 years, before returning to Charleston to work for another Columbia Gas System company, Columbia Gas Transmission. He obtained a Masters Degree in Environmental Studies while in Charleston, and ended his Columbia career as Director of Civil Engineering, Environmental and Regulatory Compliance. His passion was music. He played in the marching band in high school, was the accompaniast for the Glee Club at the Coast Guard Academy, played piano and organ and volunteered for many years as a choir director and congregational singing leader at Karl Road Baptist Church and Beechwold Church of Christ in Columbus and Boulevard Church of Christ in Charleston. Over the years he directed numerous Easter and Christmas cantatas as a way of spreading the good news of the Gospel. He was a Sunday School teacher for many years and served as a Deacon, Elder and Trustee at his church homes over the years. He devoted many hours to the International Christian Braille Mission when it was located in Charleston. Bob was an enthusiastic photographer and videographer, and he and Jo were committed travelers, having traveled throughout the United states and Canada as well as overseas to England, Scotland and Ireland. Visitation will be Friday, October 16, 2020 from 7 to 8:30 PM at Rutherford Funeral home in Powell, Ohio. Funeral Services will be Saturday, October 17, 2020 at 10 AM. Due to current restrictions, the funeral service will be limited to family. Friends are encouraged to call at the visitation. Dana Slingluff will officiate at the service and interment will be at Forest Lawn Cemetery in Columbus. In lieu of flowers the family requests donations to the International Christian Braille Mission, PO Box 520, Grayson KY 41143, Union Mission, PO Box 112 Charleston, WV 25321 or to a veteran’s organization of your choice. To send an online condolence, please visit www.rutherfordfuneralhomes.com

The family of Robert N. Pierce created this Life Tributes page to make it easy to share your memories.

Send flowers to the Pierce family.