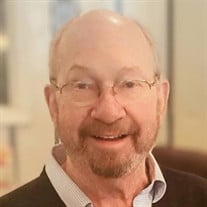 Joe Charles Dunlap, age 85, of Columbus, Ohio passed away on April 9, 2022. Born in Mount Vernon, Ohio on April 26, 1936 to the late Ruth (Reeser) and Joseph Dunlap. He is survived by his children Janielle, John, Brittiny (Dusty), Michael (Vivi), and his grandchildren Addilyn, Grayden, his first wife Janis, and second wife Trina. He is preceded in death by his mother and step father, Ruth (Reeser/Dunlap) and Herb Agnew, his father, Joseph Dwight, sister, Patricia Pouslon, and son, Joseph Grant Dunlap. Joe graduated from Mount Vernon High School in 1954. After briefly attending Wheaton College Joe enlisted in the U.S. Navy where he honorably served from 1955 To 1960. He returned to Columbus to attend The Ohio State University where he graduated in 1965. Joe had an illustrious career as a pianist playing all over the country and headlining at notable Columbus hotspots including Benny Klines, The Scot’s Inn, The Carousel, The Radisson Inn (Bowties), The Grandview Inn, The Worthington Inn, and The Knotty Pine. In his early career Joe led the Joe Dunlap Trio and the house band on the television show, Celebration! He was known for using groundbreaking techniques and tools in the industry, which could be heard, not only in his live performances, but also on his many recorded albums. Joe was also a long-time supporter of the Charity Newsies. Joe was regularly seen performing at the Ohio State Fair, City Center mall, and more recently he enjoyed playing for the patrons of Von Maur at Polaris Mall. Joe passed on his love for music by teaching piano to hundreds of beloved students. Joe was a voracious reader, lover of history, politics, The OSU Buckeyes, and all things music. He was an old school gentleman with a dry wit and a tender character. Nothing made him prouder and happier than his family. He will be dearly missed. Visitation will be held from 2:00 to 4:00p Wednesday, April 13, 2022 at RUTHERFORD-CORBIN FUNERAL HOME, 515 High St, Worthington, OH 43085. A brief service will be held at 4:00p.

The family of Joe Dunlap created this Life Tributes page to make it easy to share your memories.

Joe Charles Dunlap, age 85, of Columbus, Ohio passed away on...

Send flowers to the Dunlap family.