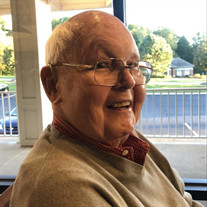 Timmons, Jack Carroll, age 87, of Columbus, died December 24, 2020 at Worthington Christian Village. Preceded in death by son Thomas, mother Martha, father Gus, wife Anita. Survived by children, Janet Timmons, Tim (Leslie) Timmons; grandchildren, Jack, Connor and Reilly; sister Sue Ann (Phillip “Slick”) Osborn, and children, Carrie (Todd) Powell, Andrea (Kurt) Kernen and children, Cooper, Griffin and Crosby; nephews and niece, Bob (Janet), Bruce (Sue), Mark (Ann), Brent (Kelli), Herman (Sherry) Jones, Brenda (Ed) Merritt. Jack graduated from North High School Class of 1951. A Veteran of the U.S. Army, Korea. Spent his working years at Steward & Silver and then Oberfields. In the words of one of his customers, “Jack could sell a lady wearing white gloves a ketchup popsicle!” Jack was inducted into the Ohio High School Athletic Association’s Hall of Fame in 2006 for his lifelong commitment to the betterment of amateur umpiring here in Columbus. He worked numerous regional and state tournaments throughout his time on the fields of Ohio. Jack also worked in the Big Ten and MAC as well, and he served on the Board and as President for the Central Ohio Baseball Umpires Association. Jack “T” was a friend of Bill “W” for over 59 years and helped countless men get to know Bill “W” and Dr. Bob. Jack often summed up his understanding of Bill W’s program by stating “Just remember who’s driving the bus.” On Christmas Eve Jack “T” got to meet the Guy driving the bus. He will truly be missed. In lieu of flowers, contributions may be made to Umps Care Charities at give.umpscare.com. A Memorial Service will be held on Friday August 20, 2021 at 10:30am at Our Lady of Peace Catholic Church, 20 East Dominion Blvd, Columbus Ohio 43214. Condolences may be sent to the family at www.rutherfordfuneralhomes.com

The family of Jack Timmons created this Life Tributes page to make it easy to share your memories.

Send flowers to the Timmons family.