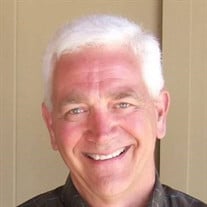 J. Randall “Randy” Beyer, age 68, passed away peacefully at his home surrounded by his family on January 5th, 2021. Randy was born on May 16th, 1952 in Columbus, Ohio, to the late Harmon W. Beyer and Eleanor (Morgenroth) Beyer. Randy was a devoted husband, father and grandfather. He had a love for Chris Craft boats, restoring his first, a 1954 wooden sport utility Chris Craft to what all would say was perfection. He enjoyed taking his family to Northern Michigan where they have spent nearly 32 years enjoying summer vacations and ultimately owning a condo on Lake Charlevoix. Most would say that Randy’s favorite hobby was woodworking and fine carpentry where he mastered his craft that began at the age of 14 while taking woodshop classes throughout his high school years. Over the years, his home renovations and furniture building were nothing short of spectacular and admired by friends and family. He attended University School, which was part of the Department of Education at The Ohio State University (OSU), starting with 4-year-old kindergarten and continuing through the 9th grade. He finished his high school years at Whetstone High School graduating in 1970. He attended college at The Ohio State University where he received his Bachelor’s degree in 1974 and his Master’s degree in Accounting in 1977. Randy was a CPA for 44 years and was employed as CFO of CM Media from 1986-2020. He attended Heritage Christian Church for the past 15 years. His relationship with Jesus was an important part of his life. Randy is survived by his wife, Barbara J. Beyer (Pioch); their three children, Jason R. Beyer (Victoria), Christen E. (Beyer) Hoselton (Ryan) and Courtney E. Beyer; his sister Debbie Beyer, his brother Stephen Beyer, MD (Babi); his grandchildren, Andrew H. Beyer, Alexander H. Beyer, Delaney G. Hoselton, Hunter R. Hoselton; and many other loving co-workers and dear cousins and friends across the country. A celebration of Randy’s life will be held during the summer when everyone can gather together to share their favorite stories about the man, we lovingly called Dad, Papa, and Papaw. In lieu of flowers, donations may be made to the Kidney Cancer Association. To send an online condolence, please visit www.rutherfordfuneralhomes.com.

The family of J. Randall "Randy" Beyer created this Life Tributes page to make it easy to share your memories.

Send flowers to the Beyer family.