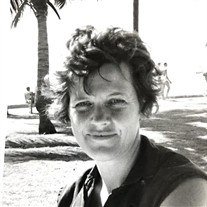 Florence Luella (Togstad) Johnson, born January 30, 1920 in New Rockford, North Dakota, passed away on March 20, 2022. She was residing at Ganzhorn Suites in Powell, Ohio. She was predeceased by: husband, William M. Johnson (2003), son, William M. Johnson, Jr. (2019), son, Robert B. Johnson (2012), son-in-law, Gary Stiebel (2015), daughter-in-law, Janey Johnson (2021), and her grandson, Bruce Johnson. “Fooey” is survived by her daughter, Mallory L. Stiebel; son, Steve Johnson and his wife, Connie Johnson; daughter-in-law, Alyce Johnson; granddaughter Jennifer Rowan; granddaughter, Davette Javens and her husband Jeff Javens; grandson, Devon Johnson and his companion Teresa Linger; granddaughter, Laura A. Walters and her husband, Richard P. Walters; granddaughter, Kelly Johnson and her husband, David Stefano; grandson, Derek A. Stiebel and his wife, Elizabeth A. Stiebel. She had many great grandchildren: Brian Javens and his wife, Rachel Javens, Sophie (Wilson) Johnson, Erika Waldrop, Anneliese M. Walters, Corbin M. Walters, Avigail Stefano, Garrett J. Walters, and Margaret E. Stiebel. Fooey is also survived by these great, great grandchildren, Makayla Javens, Kaiden Merritt, Alexis Javens and Brayson Javens. Fooey grew up in North Dakota before the family moved to Superior, Wisconsin. She attended Superior High School and played the bassoon in the orchestra. After graduation, she attended The University of Wisconsin-Superior for 3 years and worked as a telephone operator until she met Bill Johnson. They married in 1942. The following is from the 50th Wedding Anniversary song, “The Ballad of Bill and Fooey Johnson,” lyrics written by their son, Bob Johnson; “Out in a mid-western town in Wisconsin, Bill fell in love with a Norwegian maid. Her name was Togstad and his name was Johnson, Folks called it a match that in heaven was made!” As Bill was in the military, they relocated many times. The family lived in Pennsylvania, Guam, Texas, (twice), Maryland, Germany, Hawaii, and Illinois. When Bill retired, they moved to Ohio. Fooey was very active in the military wives’ clubs. She loved performing and writing scripts for shows such as, “The Joany Carson Show.” She was a talented seamstress and took many arts and craft classes. She also loved to play golf and travel. Fooey joined bridge clubs and was an excellent player. She was an avid gardener, even loved pulling weeds. Fooey got her real estate license in Columbus and worked for Brian Donahue Realtors many years. She was an excellent realtor, earning enough to be selected to the Million Dollar club. She and Bill traveled to Acapulco and Cancun as a result. Many of Fooey’s clients became close friends. As Bill worked at Ohio State, both he and Fooey became avid fans of the Buckeyes football team. They loved to tailgate and attend the home games. They would have large parties, at their house, and Fooey cooked for weeks beforehand to prepare. After Bill retired, they bought a motor home to tailgate at OSU and travel the country. Fooey moved to Danbury Senior Living in 2015, then Powell Assisted living in 2018 and finally Ganzhorn Suites in 2021. She was still active with bridge clubs at Golden Corral and Kinsale Country Club. She also played cards at home with friends. Fooey loved solving anacrostic crossword puzzles. Her “Kitty-cat” was her companion for many years. Fooey had a great sense of humor and loved to tell jokes. She never missed a chance to tell someone that it was time to go to the dentist at 2:30! (tooth hurty) Fooey will be interred with Bill at the Dayton National Cemetery in Dayton, Ohio. In lieu of flowers, the family suggests visiting the following website to select a tree to be planted in her memory in a state park. www.thetreesremember.com ***Family requests, please, Do Not Send Flowers***

The family of Florence Luella (Togstad) Johnson created this Life Tributes page to make it easy to share your memories.

Send flowers to the Johnson family.