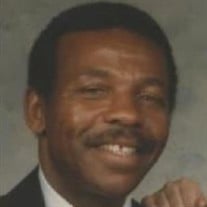 Dr. Godfrey Ibom died on September 16, 2020. Dr. Ibom was born in Ikot Ekpene, Nigeria to Oposi Okodiyah and Udofa Ekpenyong Abatepe Ibom and was orphaned at a young age. After being identified by his teachers as possessing exceptional intellectual skills, he attended high school at King’s College in Lagos, Nigeria. He then began a new life in the United States. In 1952, he traveled on the African Glen to New York, New York with 1 suit case and 3 trunk boxes to begin college. He attended the University of Oregon, earning a Bachelor’s of Science degree in physics. He then obtained a Master’s degree in mathematics from Atlanta University, followed by a Ph.D. at The Ohio State University. He worked various jobs to finance his undergraduate and graduate education, such as working at a pea factory. While working at a pea factory in Oregon, he was refused entry at a restaurant because of his skin color. Unwavering, he initiated legal action, which led to the first settlement under a new Oregon Civil Rights Law and resulted in a front page cover in The Oregonian in 1954. He donated the settlement to charity. Due to the social environment at the time, he struggled to find work after college, even with a degree in physics and had to work as a bus driver to finance a portion of his graduate education. After finishing his Ph.D., Dr. Ibom worked as a Professor of Statistics at numerous universities in the Midwest. He was beloved by his students, even wining Teacher of the Year multiple times. He mentored countless number of students. Dr. Ibom married the love of his life, Kathleen Hoffman Ibom in 1976. Survivors include his three children; Dr. Valerie (Andre) Ibom Reed of Houston, Texas, Erik (Giovanna) Tsereste Ibom of Ypsilanti, Michigan, and Tyler (Merlin) Kabaki Obuma-Abasi Ibom of Columbus, Ohio; and two grandchildren, Alexandria Itoro-Adiaha Reed of Houston, Texas and Evander Alberto TenK Ibom of Ypsilanti, Michigan. His wife, parents, and siblings preceded him in death. Dr. Ibom was known for his smile that brightened the room, charming personality, and commitment to his family. He instilled in his children from an early age the value of an education, hard work, and discipline and will be dearly missed. We would like to extend our most sincere gratitude to the outstanding care he received from Creekside at the Village, Zusman Hospice, Dr. Gina Love-Walker, and Amy Lo. A memorial service will be held at 2 PM on October 3, 2020 at Rutherford-Corbin Funeral Home, 515 High St., Worthington, Ohio 43085.

Dr. Godfrey Ibom died on September 16, 2020. Dr. Ibom was born in Ikot Ekpene, Nigeria to Oposi Okodiyah and Udofa Ekpenyong Abatepe Ibom and was orphaned at a young age. After being identified by his teachers as possessing exceptional intellectual... View Obituary & Service Information

The family of Dr. Godfrey Ibom created this Life Tributes page to make it easy to share your memories.

Send flowers to the Ibom family.