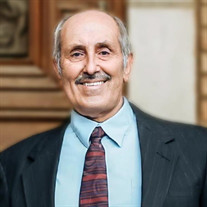 Uhren, Douglas J It is with great sadness that the family of Douglas J Uhren announces his passing in Steamboat Springs, CO on Thursday, September 17, 2020 at the age of 69 years. Doug will be lovingly remembered by his wife of 47 years, Cheryl, and his sons Nick (Lena) and Mike (Christy). Doug will also be fondly remembered by his five grandchildren Caedmon, Annika, Taylor, Carter, and Alma; and his sister Leslie Mitchell (Jim). Doug was predeceased by his father Peter and his mother Olga. A devoted boy scout growing up in Cleveland, Doug's early work endeavors began at McDonald's with a love affair that continued throughout his life. One evening in the 90's, after stopping for a cheeseburger on the way to visit his parents, he actually made a u-turn on the interstate because "the cheeseburgers are so tasty tonight." Doug went on to earn both civil and environmental engineering degrees from the University of Michigan and worked as a consultant designing many major public works projects in central Ohio, nationwide and internationally. His distinguished career included honors for creative and efficient designs for water resource projects at Buckeye Lake, OH and Winter Park, CO. Known as Dad, Papa, and Uncle Doug to his closest family, Doug's greatest accolades were earned at home. He racked up hundreds of yards playing living room football, threw countless no hitters in backyard baseball, and saved innumerous shots as super goalie daddy. Committed to real estate investment, he often purchased fixer-upper rentals and acquired eccentric odds and ends left behind by tenants. This along with his love for recreational boating led him to construct a barn for storage then move to a home with a large detached garage and now a home with a near-historic barn filled with a tractor, a trailer, and other less historic tools, trinkets and treasures. Doug spent his Sundays and many weekdays in active service within the Orthodox Christian community, singing in the choir, working with the church council and supporting the founding of new missions. He rarely settled for commercial equipment, building his own telescope, laser, and back-stretching inverter from scratch. His expansive hobbies included award-winning wine making, stamp collecting, and home theater design, the latter endeavor growing louder each decade as his hearing declined. His atypical designs for pinewood derby cars both turned heads and won races. His love for precision earned him a high game of 289 as a bowler and made him a formidable opponent in every other game of skill. He became acquainted with computers in the early 80's, started building them at home in the 90's and has been gaming on them into the wee hours of the morning ever since. Holidays became more exciting around him. The whole neighborhood collectively jumped when he set off homemade M-80's in July. Trick-or-treaters recoiled in surprise when Jack, the talking jack-o'-lantern, spoke to them at Halloween. He delighted in adding a genuine silver dollar to Christmas stockings and creating treasure hunts for special gifts. His passion for the Wolverines expressed itself in a maize and blue flag outside their Westerville home each fall, an annual football party for the OSU game, numerous trips to Ann Arbor, and a journey to the Final Four in Atlanta. Memorabilia adorned his home and declared his loyalty. His love for family culture and heritage frequently prompted diversions into the Valley in Cleveland, treks into the woods in Lakeland, and a tour of Western Europe with his own parents. He rejected physical limitations, though outwardly there were many, persevering through two knee surgeries and a knee replacement; a fused ankle; and cardiac stents, a pacemaker, an internal defibrillator, ablations, bypasses and a valve replacement. Although he became an avid napper in his later years, his eyes twinkled when excited, his language was effusive in praise, and his answer to "Dad/Papa, can we…" was almost always yes. We will miss him dearly and commend him now to Almighty God. May his memory be eternal. A visitation will be held on Wednesday, September 23, 2020 from 7 to 9 p.m. at Rutherford-Corbin Funeral Home, 515 High Street, Worthington, OH 43085. A funeral service will be held on Thursday, September 24, 2020 at the Funeral Home in memory of Doug at 10:00 a.m. Interment will follow in the Resurrection Cemetery at 9571 High Street, Lewis Center, OH 43035. Donations in memory of Doug may be made to Holy Cross Orthodox Mission at PO Box 82109, Columbus, OH 43202.

Uhren, Douglas J It is with great sadness that the family of Douglas J Uhren announces his passing in Steamboat Springs, CO on Thursday, September 17, 2020 at the age of 69 years. Doug will be lovingly remembered by his wife of 47 years, Cheryl,... View Obituary & Service Information

The family of Douglas Uhren created this Life Tributes page to make it easy to share your memories.

It is with great sadness that the family of...

Send flowers to the Uhren family.