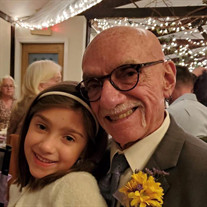 Donald "Donnie" Eugene Grohoske was born on July 19,1950 and passed away on November 29, 2020. He will be greatly missed by his parents, Bonnie and Eugene; son, Travis; granddaughter, Khloe; daughters, Eryn and Jennifer; brothers and sisters, Jo, Judy, Duane, many other grandchildren, nephews, nieces and most likely anyone who has interacted with him at any point. He had a unique way of making any situation seem like it was going to be ok, no matter if it was at work or on the hockey rink coaching his son when he was a child. He played many sports including basketball, football and baseball. He enjoyed working on cars and motorcycles and even though he was one man, he felt the need to have two of each, which is typical Don fashion, but he took care of each like it was his only vehicle. Anyone who met Don might be surprised to learn that he had a bachelor’s degree in business, an MBA, a law degree and started his own law firm, but still walked around with his shoes untied, holes in his shirt and bringing dinner for Thanksgiving meant Burger King. With the new normal we now live, Don will be truly missed. He had a way of brightening everyone's day that he interacted with, whether it was helping someone find a tool at work or showing someone that his Mustang or motorcycle was faster than theirs...up to the speed limit only, of course. There are so many fond memories and amazing qualities about Don, but the most amazing one was his ability to change so many people’s lives in mere minutes. Almost every time he talked to a new person or an old friend, their laughter and smiles were immediate. It wasn’t something he learned over the course of his life, but something he was born with. Luckily, his granddaughter inherited the same trait and so through her, his amazing legacy will live on and be shared with this world even though he has moved on to the next stage. Calling hours will be held at Rutherford-Corbin Funeral Home, 515 High St., Worthington from 2 pm to 4 pm on Sunday, December 13, 2020. Condolences may be made to the family at www.rutherfordfuneralhome.com

Donald "Donnie" Eugene Grohoske was born on July 19,1950 and passed away on November 29, 2020. He will be greatly missed by his parents, Bonnie and Eugene; son, Travis; granddaughter, Khloe; daughters, Eryn and Jennifer; brothers and sisters,... View Obituary & Service Information

The family of Donald Eugene Grohoske created this Life Tributes page to make it easy to share your memories.

Send flowers to the Grohoske family.