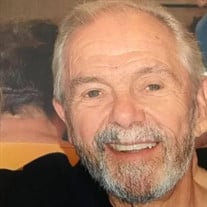 Dominic D. “Don” Cuzzocrea, died November 29th, 2020 at the age of 75 in Columbus Ohio. He was born January 1st, 1945 in Wyandot Michigan to Frank Anthony Cuzzocrea and Cecilia Cuzzocrea. Don was an admired business executive often sought out to help strengthen companies and boost employee morale. He led by example and valued every employee in his charge. As much as he excelled in business, he was devoted to his family. He is survived by his wife of 52 years Marlys Cuzzocrea, sons Terry Cuzzocrea (Becky) and Mark Cuzzocrea (Shawna), daughter Cheryl Ryan (Mike), grandchildren Jennifer Cuzzocrea, Jessica Baker (Mike), Alicia Ostermeyer (Matt), Ashton Wood, Jacqueline Cuzzocrea, Hayden Ryan, Nathan Ryan, Macey Ryan, 5 great grandchildren, brother Frank Cuzzo and numerous nieces and nephews. He was an avid fan of formula one auto racing and Dodgers baseball, but took an interest in most sports and made a point to follow teams loved by his family. He was a proud member of many organizations and associations throughout his lifetime such as the Recreational Vehicle Industry Association where he was a two term elected chairman, Lion’s Club and Christians in Commerce among others. He had been enjoying retirement with his wife, taking annual cruises and relocated from Trabuco Canyon California to the Powell Ohio area shortly before his death. Calling hours will be at Rutherford Funeral Home at Powell, 450 W. Olentangy Street Powell, Ohio, December 11th, 2020 from 10am to 12 noon and will be managed with social distancing. Private family only memorial will follow due to COVID restrictions. In lieu of flowers, donations may be made to the American Cancer Society. To send an online condolence, please visit www.rutherfordfuneralhomes.com

The family of Dominic D. Cuzzocrea created this Life Tributes page to make it easy to share your memories.

Send flowers to the Cuzzocrea family.