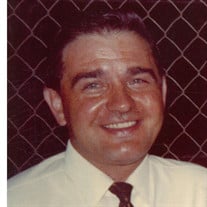 Delbert Leroy Graves was born November 27,1932 and, surrounded by loving family, peacefully went home to be with his Lord on Tuesday, February 22, 2022. He was reunited with the love of his life, his wife Flora Mae “June”, who preceded him in death in 2009. “Deb” and “June” were married after his return from service in the Korean War, and enjoyed being madly in love in their traditional marriage for 58 years. Delbert is survived by children Karen Graves, Delbert Steven Graves (Monica Keel Hendrix), and Tammy (Scott) Corbin, Grandchildren Brandy (Josh) Mrofka, Steven Michael “Buddy” Graves, Sarah (Lee) Damron, Katie Helton, and Molly (David) Jobe. Great-grandchildren Wyatt and Sawyer Damron, Eli, Ethan and Eva Helton, June and Marianne Mrofka, Emmalee Cooper, Kimberly and Maddison Graves, and Steven Stricklin. He is also survived by brother John Graves and sister Patty (Dick) Hoke and many nieces and nephews. He will be lovingly missed by all. Following several years of owning and piloting light general aviation aircraft, Delbert was a successful breeder and competitor of Melody Acres Morgan show horses, and loved his babies most of all. He rode in parades all over the country with the Aladdin Temple Morgan Horse Patrol who also sponsored the Morgan Gold Cup Horse Show for several years. He supported the Aladdin Temple Shrine Circus and was a member of the Capital City Lodge No 656 of Columbus, Ohio since 1966. He owned Frank DiPietro Plumbing Company, whose work was presented in the Columbus Parade of Homes for several years. He and his son Steve (DLG Enterprises, Inc.) put in a multitude of water mains for Del-Co water in its formative years opening Delaware County to thriving development. He finished out his earning years with his brother-in-law Dick Hoke at Economy Petroleum where he worked until age 70. The hallmark of this man was that he lived to make people laugh, anywhere and everywhere. And he did. Family will receive friends on Monday, February 28, 2022 from 10:00 AM to 1:00 PM at the RUTHERFORD FUNERAL HOME AT POWELL 450 W. Olentangy Street Powell, Ohio 43065. A funeral service will follow at the funeral home at 1:00 PM with interment at Wesley Chapel Cemetery in Hilliard, Ohio. To send an online condolence, please visit www.rutherfordfuneralhomes.com.

Delbert Leroy Graves was born November 27,1932 and, surrounded by loving family, peacefully went home to be with his Lord on Tuesday, February 22, 2022. He was reunited with the love of his life, his wife Flora Mae &#8220;June&#8221;, who preceded... View Obituary & Service Information

The family of Delbert L. Graves created this Life Tributes page to make it easy to share your memories.

Send flowers to the Graves family.