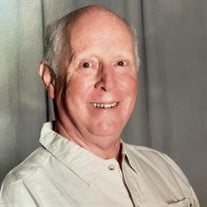 Daniel Hayes Snyder was born to Fred Hugh Snyder and Ada Ruth Snyder in Chicago, IL. They soon moved to Cincinnati where Dan spent his school years. He attended college at The University of Cincinnati. In these early years he was an avid and successful Gymkhana racer, mostly driving his Bugeye Sprite. After receiving his Bachelors degree in 1964 he met and married Karen Crauder. Dan took a job with Virginia Tech and they moved to Virginia, where they had the first two of their three children; Fred and Jeff. A few years later they returned to Ohio, this time to Columbus, where Dan taught at The Ohio State University and completed his Masters degree. They soon had their third child; Rebecca. Dan and Karen divorced in 1984. Dan went on to have his 4th child, Kenton in 1988 with Rebecca McDowell. After completing his Masters degree in 1975, Dan started a long and successful career in systems engineering working for several computer software companies including Amdahl, IBM, Periphonics and Compuware. Although he retired in the early 2000’s he continued to work off and on, on programming projects he enjoyed. Dan loved volunteering his time to help stop hunger, he was a regular contributor to the Hunger Project and a longtime volunteer and board member at St John’s community kitchen. He also loved dancing, bicycling and car trips. In his later years he frequently visited his friends, brother, great aunt, children and grandchildren in long circuitous car trips across the lower 48 states, often with his third wife Judy Miracle, who’s children and grandchildren he treated as his own. He also traveled to Europe with friends and family. A major heart surgery in 2009 only slowed him slightly. He continued to charm with his generous, curious and, some would say, quirky personality until the very end. He is survived by his four children, Fred (Tina), Jeff (Michelle), Rebecca (Terry) and Kenton, seven grandchildren, as well as his aunt Elsie and brother Gerry (Michelle). Services will be held at RUTHERFORD-CORBIN FUNERAL HOME: 515 High St., Worthington, OH 43085 on Saturday September 18. Visitation will be from 4 PM to 5PM with a funeral service at 5 PM.

Daniel Hayes Snyder was born to Fred Hugh Snyder and Ada Ruth Snyder in Chicago, IL. They soon moved to Cincinnati where Dan spent his school years. He attended college at The University of Cincinnati. In these early years he was an avid and... View Obituary & Service Information

The family of Daniel Hayes Snyder created this Life Tributes page to make it easy to share your memories.

Send flowers to the Snyder family.